Tonight we read about the year of the elephant in the children’s Sira The Light of Muhammad by Hajjah Amina Adil.

My son asked if the army of Abraha was bad.  I asked him if they were travelling to destroy the Kaaba does that mean they are bad.  He said yes.

My son was very concerned about elephant Mahmud and he wanted to know why the soldiers were hurting him.  I said they were hurting Mahmud because he would not follow the army into Mecca and attack the Kaaba. 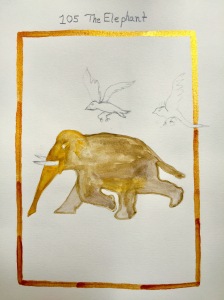 Please share your ideas for teaching children about the Sira of the Prophet Muhammad (s).