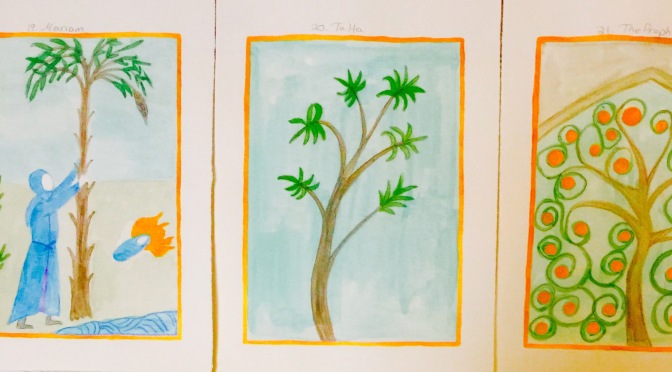 This surah speaks about Prophet Adam (a) so we discussed the story.  I asked my son if Adam was the only one that ate from the Tree of Knowledge.  We talked about Eve (r)

My son wanted to know if Adam (a) and Eve (r) forgot the rule about not eating from that tree.  I said no I think they did not forget I think they were misled by Iblis who told them that if they did not eat from the tree they would die. 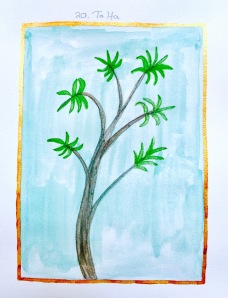 My son wanted to know if what Iblis told them was true.  I thought about it and said that if Adam (a) and Eve (r) were in Jenna then no they could not die but when they were thrown out of paradise and fell to earth then they were mortal and could die so Iblis lied to them mislead them.

We discussed the subject of death and I asked my son what would happen if people did not pass away on earth.  My son said that if people stay in life and do not die they would become bad because we don’t belong here bur we are here to learn good from bad.

I asked my son if it was true that every soul tastes of death.  He said that we don’t know what Allah (s) knows.  I asked him which prophet is till living.  We discussed Khidr (a).  My son wanted to know if we could call Khidr (a) on the phone.  I said no I did not think so.  My son wanted to know how we could see him.  I said that there is a dua for this I think but I would need to find out.

Please share your experiences with exploring the meaning of the Quran with children.