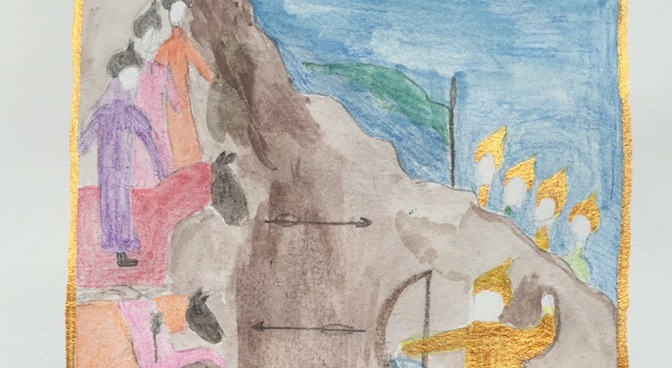 The eighth surah of the Quran concerns the division of wealth following the Battle of Badr where the army of believers were outnumbered by more than 3 to 1 but they were still victorious.  In the Sira for children: The Light of Muhammad by Hajjah Amina Adil the chivalry and mercy of the Prophet (s) and his followers is always emphasized.  It would be very useful to review this episode in the Sira with this chapter of Quran.

The surah says that the wealth belongs to Allah (s) and will be divided according to the wisdom of the Prophet (s).

Discussion Question:  when people used to go to war there was great risk but a possible reward; how is war different today than in the time of the Prophet (s)? What was the example of the Prophet (s) in the ettiquete and chivalry of war?

The surah says that a portion of the wealth is to be give to those in need.

Discussion question:  why is wealth from the battle given to the needy and other people who did not fight in the battle? 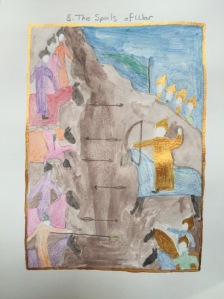 The surah says that the unbelievers at Badr and the people of the Pharoh rejected the signs of Allah (s).

Image:  this image was lifted from a Persian miniature of a battle.

Please share your ideas for teaching children about the tafseer of Quran.

One thought on “8. Illuminated Quran: The Spoils of War”